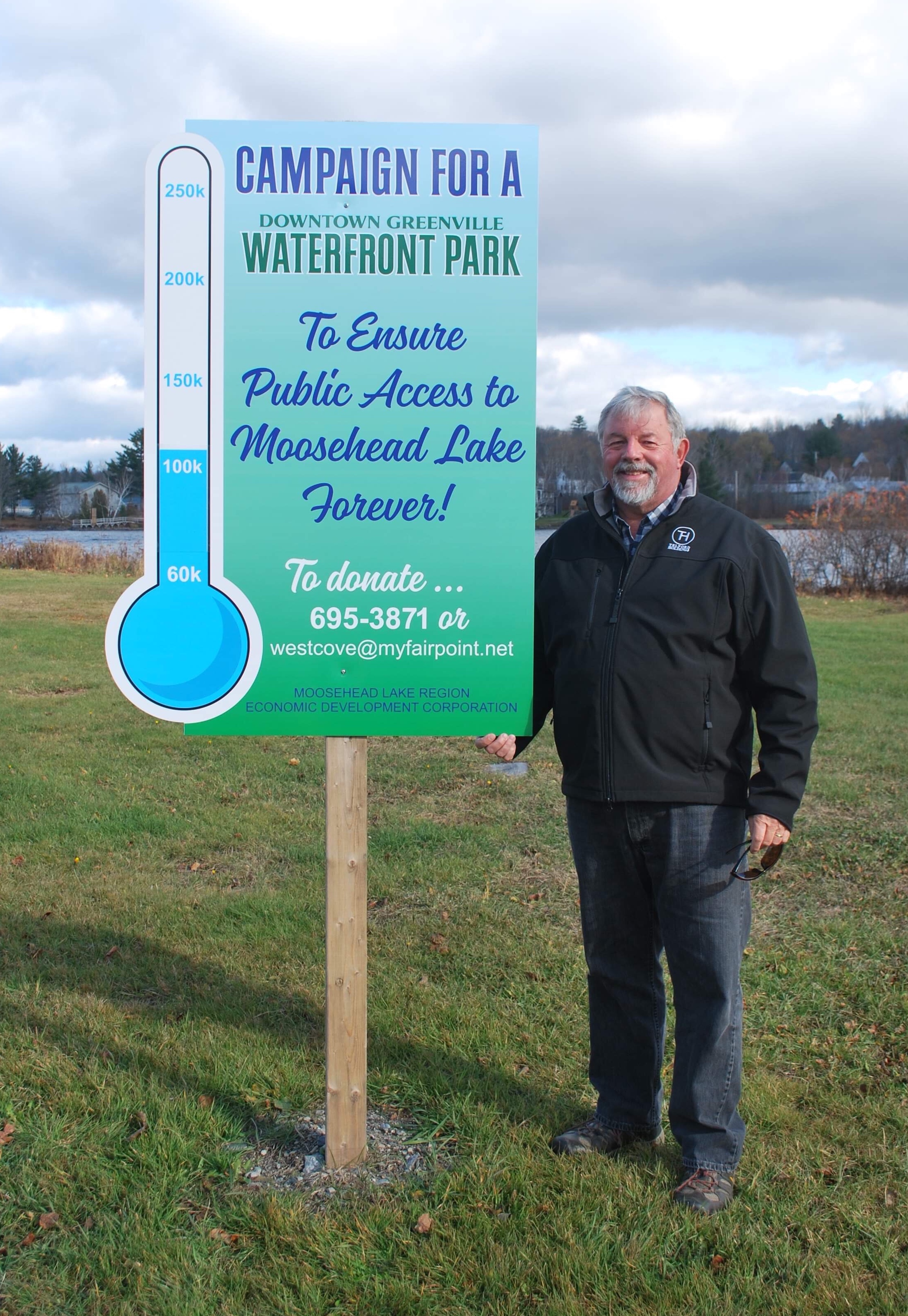 CAMPAIGN FOR A WATERFRONT PUBLIC PARK IN DOWNTOWN GREENVILLE REACHES 40% MARK Two corporate foundation grants have catapulted the Moosehead Lake Region Economic Development Corporation’s campaign for a waterfront park in downtown Greenville over the $100,000 mark. $10,000 grants from both the Machias Savings Bank and the Weyerhaeuser Giving Fund now bring the campaign total to $111,000 on the way toward its $250,000 fundraising goal. “Machias Savings Bank prides itself in supporting the community, especially when it involves such a worthy cause,” said Melissa Moffett Denbow, Vice President for Corporate Giving and Community Relations. Ann Leyva, Manager of the Weyerhaeuser Giving Fund, acknowledged the efforts of the local giving fund advisory committee and noted that its “recommendation was instrumental in securing this grant” for our project. Dozens of individuals also have made gifts to the campaign ranging from $100 to $10,000 since our campaign kick-off in August. Steve Levesque, MLREDC president, noted: “I have been really pleased, but not surprised, by the generosity of local businesses and people who have seen value is setting aside a key parcel of lakefront property for public access to Moosehead Lake. Once again the community has come together and moved us closer to achieving our fundraising goal.” The MLREDC has an option agreement with E.J. Richardson and his family to purchase the property at 3 Lakeview Street to conserve it in perpetuity as a public park. The park will include a new dock system guaranteeing public access to the lake and from the lake to downtown for seaplanes, boats, canoes, kayaks, and snowmobiles. The park also will provide an important connection to walking trails that will rim the East Cove of the lake. Further, it will provide common public space for residents and visitors to meet and to enjoy musical performances, arts and crafts events, and community celebrations. For more information on how to participate in the campaign, contact Margarita Contreni at westcove@myfairpoint.net or Heidi St. Jean at admin@mooseheadlakeedc.com.